Socially responsible pet guardianship can be difficult. Dogs? On-leash or off-leash? Do you really have voice control? Or did you take one series of beginning dog training and call it a wrap? Cats? Indoors or outdoors? “Catios” or cat proof fencing? This is just a short example of choices pet guardians make that impact other people and animals. 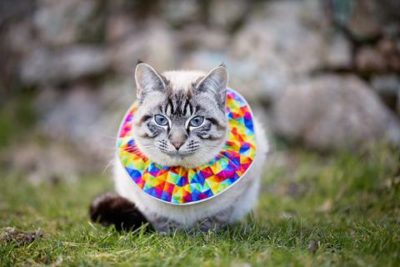 The other night, Riff Raff, my generous but most troublesome cat, brought me a midnight gift of a live rat. Anyone who has been the beneficiary of such largesse can easily recognize the sounds of squeaking and scrabbling even if you are still trying to grasp the tendrils of rapidly escaping deep, blessed sleep. The prospect of a rat running around my bedroom managed to trump denial of the situation and so I arose. As I moved into the other room the rat came racing out of the bedroom, saw me and turned tail into the bathroom. My sleep stunned brain reacted quickly enough to shut the rat in the bathroom.

As I sat in a chair in the dim room pondering exactly how to catch a rat, one of the dogs came over to investigate something on the floor. Siri and I lit up the area to find the hindquarters and tail of another rat. Apparently Riff Raff had his meal prior to providing mine. Ugh.

Why so many rats you ask? 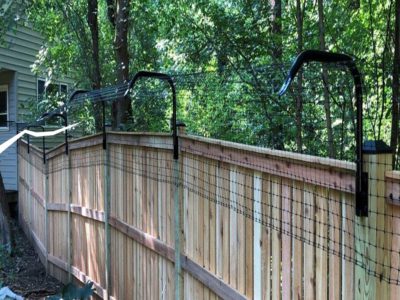 Well, I am trying to protect the birds. I enjoy feeding, watching and listening to the wild birds. I have two cats, Riff Raff and Magenta. Magenta is a perfect lady and prefers her meals in kibble sized bits with little variation. Her brother Riff Raff is a wild adventurer with gourmet tastes. I have gone to great lengths to cat proof the back yard so they can safely enjoy the great outdoors. Special wood fences with wiring along the top so they can’t climb up and over the fence and additional fencing on the one fence I didn’t completely rebuild. Additionally, since Riff Raff is an avid hunter, both cats sport Birdsbesafe® collars. The theory is that the Birdsbesafe collar’s bright colors make the cat easily seen by songbirds. According to a report in the Global Ecology and Conservation Journal this collar reduces bird fatalities by 87%. Unfortunately, I can personally report that bird fatality reduction is not 100%. Therefore, I am quite strategic about when Riff Raff is allowed in the yard.

As I also have a squirrel problem which is currently being managed by assiduous vigilante efforts by two of the three dogs the cats are unable to do anything stealthy in the yard when the dogs are on squirrel detail. No problem there. However, if the dogs and I aren’t home, Riff Raff’s yard privileges are rescinded. In these frequent instances, he is allowed out at night to compensate for his enforced indoor time. The combination of bird feeders and a well-rested, frustrated cat has resulted in the rat problem. I should also mention that I try to assuage Riff Raff’s penchant for raw meals with a raw food side to every kibble meal. I really do try!

Anyway, back to the rat in the bathroom and did I mention it was a workday? Of course, since this party began in the wee early hours I had plenty of time to set the situation to rights. My plan was to ask Riff Raff to catch the rat, at which point I could carry the cat with the rat outside and ask Riff Raff to let the rat go. Hey, it really seemed like a good idea at the time. Well, turns out the bathroom door must have been locked when I pulled it shut after the rat. I have never locked or unlocked this door so there is no key. And, as this is the only bathroom in the house I immediately feel an overwhelming need to avail myself of the facilities. This is truly a crisis situation. Happily, my neighbor Betsy is an early riser. Unhappily, her husband is not. Pah! I make the call. Betsy is at the gym already, but she said I can sneak into her bathroom. Aah. Inexplicably, my urgent need to use the bathroom settles into a low simmer. Able to think again, I employ a lock picking tool called a vinyl coated paperclip and carefully open the door.

The next problem was the rat had flattened himself between the toilet tank and the wall. This required a special rat removal tool called a “spatula.” Finally, the rat was loose. Unfortunately, Riff Raff felt no need to catch the rat. After all, it was now MY rat. So, I chase the rat around the bathroom while it is literally running between Riff Raff’s paws while he purred delightedly. He was clearly pleased to provide me with such entertainment. Long story short, I tossed a towel on the rat, okay, maybe about five towels on the rat and I relocated him to a nice spot across the street. As we all have read my colleague Neil Lurssen’s “Some of My Friends Are Rats” blog we know that it requires a ten mile rehoming distance if one doesn’t want to have the rat back. Again, I refer to the early hour for the dubious merits of my rat removal plans. And, what rat really wants to come back to the crazy house?