With the Festive Season around the corner and Thanksgiving in the air, it’s time to make sure we don’t expose our pets to poison hazards from candies and other potentially toxic treats left carelessly around the house.  Most of us know that chocolate and macadamia nuts can be toxic – but there are other goodies too that can cause serious harm.  Like grapes and pastries containing raisins, currants and sultanas.  Or – heaven forbid – any food or drink that has the sugar substitute Xylitol in it.

Food left unattended and in reach will be found.  You can count on it.  It is easy to forget that dogs have incredible scenting powers.  Scientists have found that their sense of smell is 40 times greater than ours and a dog has the ability to detect a single drop of a liquid substance in an Olympic-sized swimming pool.  When you combine that natural nose talent with agility and food drive, carelessness can lead to a poisoning catastrophe.

That is something I learned to my embarrassment recently when my dogs found and consumed a large unopened bag of chocolates that I thought had been safely secured.  It wasn’t – and they tracked it down.  But before I get into what followed and how the situation was resolved, let me tell you about an episode that was not accidental but quite deliberate and, frankly, despicable.

What was supposed to be a fun weekend hike in the Marin Headlands for a Sausalito woman and her two dogs recently turned into an extended nightmare when one of the dogs – an eight-month old Aussie puppy – scampered ahead and rooted in the ground to get at something.   It looked like the youngster was eating it’s find.

The dog owner ran to stop her and was shocked to discover a number of small cubed, cake-like objects placed together in a shallow hole scratched in the trail, not even an inch deep.   They had obviously been put there to be discovered by an animal. 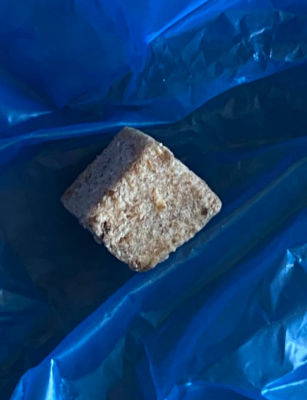 She suspected immediately that the cakes were rodenticide pellets – poisons for killing rats, mice, gophers, skunks, hares, raccoons, crows and any other scavenging animal that may find them.  They are a particularly horrible form of poison.  Many are anticoagulants that cause the critters to bleed to death.  And when the little ones eat them and become carrion themselves the toxins get into nature’s food chain, spreading agony and death all the way up to raptors, bobcats, coyotes and mountain lions.   Some homeowners don’t seem to care about these dangers – or don’t think of them – and place the poisons in open containers in their yards and under decks.

The woman had no idea if her pup had eaten any of it.  Suppressing a surge of panic, she grabbed the dog, picked up a sample, photographed what was left and rushed home to make the pup vomit up its stomach contents.  She was not taking any chances.

Fortunately, the dog owner had some experience in inducing vomiting in previous pets – which you do by getting them to swallow 3 percent strength hydrogen peroxide (H2O2).   She had a supply as a household antiseptic and as part of a kit to clean her pets after a skunking, not uncommon in Sausalito.   Generally the liquid will cause dogs to throw up in minutes – which happened on this occasion.   But she could not see if there was rodenticide in the puke.

Determined to take no chances at all, the dog owner took her pup to the Pet Emergency and Specialty Center of Marin (PESCM) that is open all night in San Rafael.  There, the little lass’s treatment included activated charcoal, fluids and K1 vitamins to counter any possibility of bleeding disorders.  Depending on the type of rodenticide, internal hemorrhaging can start from between two and 30 days after ingesting.  I don’t want to get into specifics of the treatment because it is important that it be controlled by a vet.  Sometimes the vets have to rely on guesswork and a balance of probabilities if it is not clear whether poison has been ingested or not.

The trail where this occurred was the loop overlooking Rodeo Beach in the Marin Headlands, a beautiful and popular hike, one that she has visited for years with her dogs.  It is hard to understand why anyone would be so cruel and stupid as to do such a terrible thing in such a lovely place.  In her anxiety, the dog owner did not get rid of all the rodenticide but went back as soon as she could the next day to prevent it from causing further harm.  But the pellets were gone, possibly eaten by a small critter.   She spoke to a park ranger who was deeply concerned about her experience and assured her that the park service would never deploy toxins like that. 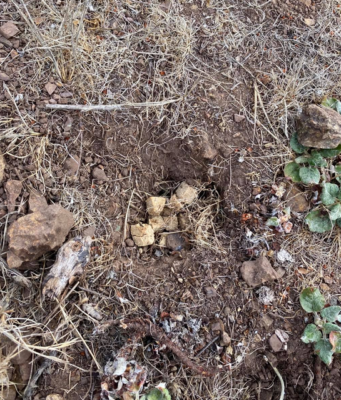 What happened at Rodeo Beach that scary day was a willful act, intended to kill and we will probably never know why it was done.  Although the pup – named Zelly – received emergency treatment within hours, unfortunately she was not out of trouble.  About five days later she stopped eating, developed diarrhea and became lethargic.  A return to the vet showed that her blood clotting time, electrolytes and liver values were abnormal – all of which, the vet pointed out, showed how insidious the slow-acting poison was.   It took further emergency care followed by weeks of TLC to turn Zelly into a happy pup again.  Though she did risk another vet trip by chewing up a TV remote.

Let’s get back to accidental poisoning and my red-faced role in it.  My dogs, Sally and Chloe, live for food, walks, wrestling with each other, sleeping on sofas, and waking me at 5.30 a.m. every day.   Food is probably at the top of their to-do list.

They found an unopened bag of Hershey’s Chocolate Kisses and gobbled up the lot, leaving a torn-up plastic bag on the carpet.  I had thought the holiday candy was put away securely.  But the guys, both very agile and proven sniffers, tracked it to a counter top, somehow got it down from there – and the result was an anxious emergency call to the ASPCA Poison Control Center.

I cannot say enough about those wonderful people.  They were calm, clear and decisive as they talked me through what I feared would be a really bad episode.  I hope you will never need it, but here is their number just in case:  888-426-4435.  The poison center is open 24/7 all year and, to keep it going, they charge a small fee that you can pay over the phone with your credit card.  Compared to what pet health care costs these days, the fee was modest.

The emergency vet in San Rafael had put us in touch with the poison control center where we were asked details of the dogs’ weight, age and size and what they had consumed.  With this data, the control center instructed us how to dose them with appropriate amounts of the 3-percent H2O2 that we also had in the medicine cupboard.   Sally resisted but a syringe got it into her mouth.  Your dogs will throw up in about 15 minutes, we were told.  And so they did.

Sally was the main offender, producing lots of chocolate and foil wrappers.  Chloe had eaten just a little bit of the spoils and it was clear Sally was not in a sharing mood that day.   We were given a direct line number and told to call back after the regurgitation.  The vet on duty explained what might happen in following days and what to watch out for.  In fact, nothing unusual happened and the culprits (I include myself) went about their business as always.  With their clear and calm instructions, the vets at the ASPCA’s poison center had saved the day.

We were lucky.  The empty chocolate package had been left in a place where we could see it.  Had I not spotted it, Sally could have developed vomiting, diarrhea, heart rhythm abnormalities, tremors and seizures.  She could have died, killed  by my favorite candy.

What else is dangerous for our pets?  Grapes and grape products can lead to kidney failure.  Alcohol, coffee and caffeine, avocado, garlic, onions, leeks, chives, food that has gone moldy, yeast dough – all are bad for pets.  The sugar substitute Xylitol is found in chewing gum, some candies, some baked goods, and in some toothpastes.  Dieters buy it to help them lose weight.  But for dogs it is very bad news and can lead to liver failure and coma.

Often, mistakes are made in innocent ignorance.  Who would have thought Fido would be endangered if you shared with him a piece of your hamburger with some onions on it?  While checking out some kids’ books for my grandchildren I found a story in which a pet spaniel is rewarded with a slice of chocolate cake.  It was a vintage book, long out of print, so there was no point writing to the publisher or the author about it.   I wonder how many young readers down the years thought it would be cool to feed their own pets chocolate cake. 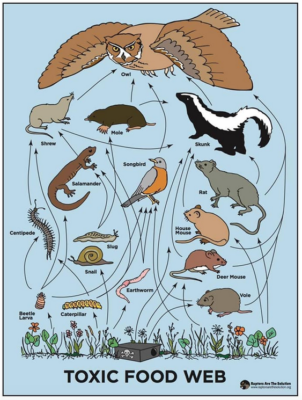 There are other tempting items commonly found in households that can be hazardous such as mothballs, ant bait, silica gel packets to keep things dry, cigarettes and medications like Tylenol.  Now, a newer danger faces our pets – the second-hand smoke from marijuana or cannabis.  Cannabis has long been used for medicinal purposes but today there is increasing recreational use.  Dogs are much more sensitive to the chemicals in cannabis and they can be seriously harmed by just being in the same room where it is being smoked or eating discarded stogies or traditional brownies that have marijuana mixed in.  Getting high ain’t cool for dogs!

Here is a link to a posting by the Humane Society of the United States on what pet owners should avoid.