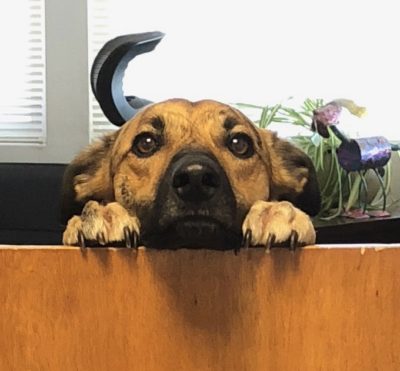 My dog Velo is sensitive. Mind, he is much more sensitive about events happening to him than about capers he perpetrates on others. But let’s talk about that later. Suffice it to say, Velo is sensitive. I should mention that Velo is a Border Collie/Whippet cross. Many of you are wincing. You are folks who have experience with either Border Collies or Whippets or both. Turns out that Velo is a sensitive, complicated male. So not my forte!

One day, due to a serious breach of window screen security, my house was filled with flies. It started with just a few, but the word definitely got out because more and more came. I located the flyswatter and went to work. Velo took one look at the situation and took off for the bedroom.

Most of my dogs have been terrified of the flyswatter. We know that dogs are masters of body language. It is an unflattering realization that it takes an animal all of an instant to read the murderous intent in my manner when I pick up the flyswatter.

After the first fly swatting session, Velo had back-chained the process to the flyswatter itself. If the flyswatter came out, Velo was gone. Next he generalized the process to the entire kitchen and dining room area. He would no longer frequent those rooms except under extraordinary circumstances such as dinnertime. It took me a couple of days to notice this and put it all together. He is one of those dogs who takes the whole pack animal thing under light advisement.

The night I realized Velo’s plight, I delivered his meal to the preferred location of my daughter’s room. Not because he wouldn’t come through the kitchen if called, but because I had just figured out why Velo had been acting slinky. I felt badly about it, but it was also a little bit funny. Since Velo arrived I have been trying to figure out how he sees life.

Velo was curled up in the smallest bed in the house next to Cassidy. Only his large, black, limpid eyes were showing when he fixed his gaze on me. I had the palpable sensation that Velo was assessing my current level of sanity. Was I about to channel Norman Bates again? Fantastic, now I personally was suspect. I smiled, gave Velo his dinner while giving him plenty of space to indicate that I saw his concern.

Velo and I have a terrific relationship so we worked through this little misunderstanding. In the meantime, he had decided that my over-reactive behavior was limited to the house so we still took plenty of walks, did lots of training and played games. Velo reminded me how important it is to pay attention. There is a reason behind all of our animals’ behavior. It might not make sense to us, but it is completely real to them. Life’s lessons are delivered by the unlikeliest of messengers. 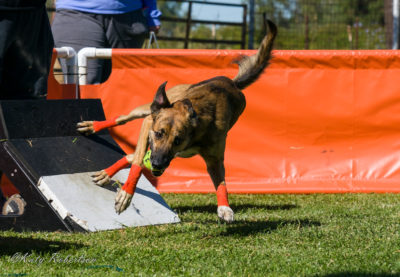 On the other hand, Velo has a sense of humor. There are those who don’t think dogs really have emotions, but science is proving that dogs do, in fact, empathize with human emotions. In May 2012 Gregory Burns, Andrew Brooks and Mark Spivak published results from an experiment where they trained two dogs to remain still enough while awake to collect functional MRI data. They were curious as to how a dog’s mind really works. The scientific abstract is free, but rough reading. The layperson may well enjoy Mr. Burns’s book on the subject, How Dogs Love Us which is a New York Times Bestseller. But, you are reading this blog, so let’s agree that dogs have emotions.

Velo was a shy, insecure puppy so I encouraged any interaction with people. That bit of behavior modification paid off in spades, Velo now loves all people. It also left him with a pronounced jumping up habit. Admittedly, I don’t care about this nearly as much as I should. He is also a pointy dog. Being a cross between two pointy nosed breeds, Velo is quite pointy. His idea of a hilarious joke is to poke his conical nose right into his human friends’ faces. With me, he limits his pokes to a sharp jab in my side if I work through his dinnertime. But, his other friends fare less well. When his human friends are understandably taken aback by his spear like attack, he breaks into a very wide toothy canine grin and either pokes again, licks their ears or glasses or clicks his teeth loudly. I keep thinking that this treatment will discourage guests at work from sitting down for an extended visit, but they seem to think it is rather hilarious. Others in the know wisely visit over the Dutch door.

This appalling behavior and sense of humor made me reluctant to have Velo around children. One summer, when Velo was about 1 ½ and Baloo maybe 6 months old we were called upon to do a dog disc catching demonstration for the Marin Humane Children’s Summer Camp. Somehow we always end up with these assignments in the worst heat of the day. Velo is an excellent disc dog capable of spectacular catches which thrill the kids. This particular day Velo did several catches and disappeared. Awkward. He had run over to the doggie fountain to cool off.

In the meantime, I had to pull the puppy out of his crate to take over. Baloo was too young to do much but demonstrate the first steps in training disc catching, but the “show must go on”. When I looked around to reenlist Velo in his demonstration duties I located him in the bleachers in the middle of an admiring circle of cooing young female campers. I called Velo to come out and finish whereupon he gazed beseeching into his new coterie for support. It was all, “oh, poor Velo,” “no, he wants to stay,” “Velo, Velo, Velo.” I didn’t stand a chance. Baloo and I gamely struggled to finish the demonstration while Velo and the kids enjoyed the show. 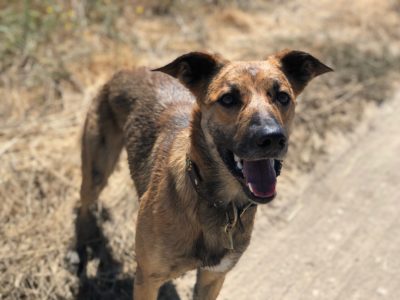 Now Velo is a regular at Summer Camp. He adores children and never pulls any of his obnoxious tricks on them. With the children, he wends his way through the group, allowing each child a minute to stroke his soft ears, give him a scratch under the chin or even give him a human hug. Always, I watch him like a hawk but he is perfectly solicitous to the children. I guess this would be the upside to his Mr. Sensitive persona.

The lesson is that our animals tell us a lot but one has to pay attention. Orhan Pamuk sums it up nicely, “Dogs do speak, but only to those who know how to listen.” Here is to learning how to listen!