We adopted our sweet Kateri from a rescue foster 4 years ago in May 2016. They estimated she was between 1-2 at that time, so we will guess she is about 5-6 now. She is spayed, up to date on shots. She is a sweet dog, and will probably take a while to warm up to you, because she is a bit shy. But once she does, she is a giant lap dog! She weighs about 90 pounds and is definitely overweight. Which is not her fault at all, it’s ours. We are older and have not walked her enough. She is strong and will try to chase (maybe once every 10 walks?) , but we can generally pull her back in.
She is currently boarding at Maranda Ranch because we needed to separate her from our cat and she is used to Maranda Ranch. The owner, Maribeth, is wonderful and knows Kateri from years of boarding her. This can be a COVID-safe way to meet her)
Her favorite game is to get a squeaky ball, squeak it, lay on her back, and then you pet her belly. She also loves to sit next to you on the sofa and get pet while you watch TV. She is somewhat independent, after she gets a certain amount of pets and play, she’ll go off by herself and sleep, entertain herself. We do have a 45-pound mini aussie male whom she plays with. I would expect her to be fine with medium to large dogs, but she is be too bossy with small dogs and she can’t be around cats. We have had her in situations with dog doors where she can go outside during the day as needed. She is 100% house trained. She was crate trained in the past (by the foster from 2016) but we have almost never put her in a crate.

She knows some basic commands like sit, stay, lay down, but does hope for and guilt trips you for a treat when she does the command! She is a bit stubborn but in an adorable way. She is an escape artist.

She is overweight, which is not her fault, she actually enjoys walks etc. She is a gentle sweet dog, big enough to make you feel safe.

We have a teen son whom she has been fine with, but she seems to relate more to the adults. She has literally had no exposure to children under 14. She also seems to have a slight preference for women. She has a deep bark that is not annoying and she doesn’t bark much.

Anyhow, why are we rehoming her? Well, the short version is, she is a Dog Who Loves Cats Too Much. She really wants to play with our cat, but as if he were a toy. She is too rough with him, and we are afraid she could seriously harm him. She cannot share a home with a cat and would likely dominate small dogs as well. She was fine with a male 45 pound aussie she lived with at our home and probably would enjoy a medium-large sized dog companion. She cannot live near small live stock. She once got off leash at a farm that had free range chickens and quickly caught one. When we adopted her, we were told she was fine with cats. However, our cat was afraid of her, and was able to stay out of her way. 4 years later, we moved to a new place, and he cannot hide from her in the new place due to a different configuration . She has been obsessed with him for years, always trying to play with him, but we had kept them apart. In the new home, she managed to catch him and gave us all a scare. He was not hurt, and the vet said clearly she thought she was playing, but we have been advised that rehoming to a place with no cats, and no small dogs either, is the safest bet.

We love her so much that we have her at the best boarding kennel of all time, Maranda Ranch, hoping that if you think she is the right dog for you, you can go to meet her there. Maribeth has known Kateri for 4 years, and can vouch for her good qualities, and the whole truth about her. This is a heartbreaking situation where we had to choose which pet to rehome. The cat was also a rescue whom we had before we rescued her. We went to great lengths to keep the cat safe, but Aussies are very, very clever, and she got through a gate at the bottom of the stairs, and two other barriers, to get to him.

Her backstory is somewhat unknown. In 2016, she was found in the streets near Oakley/Antioch, with her puppy who had a broken leg. That’s all that is known about her. We are fairly sure she is half aussie due to her looks, but she could also be part setter or part labrador retreiver.

She is spayed and up to date on shots. Thank you.
do NOT contact me with unsolicited services or offers
post id: 7151115542 posted: 19 minutes ago updated: 11 minutes ago 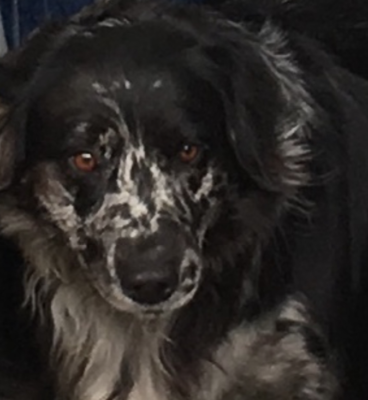