We have a rock solid group of dedicated, passionate professionals helping to guide us.

These volunteer board members bring expertise in the fields of finance, nonprofit leadership, law, technology, strategic planning, and more.

Contact
Email the CEO
Email the Board of Directors 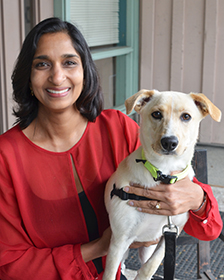 Shonalie is the Controller/CFO at 3rd Stone Design. She has worked with a number of consulting firms, in a wide range of roles, from finance, business, employee compensation, and benefits. In addition to serving on the board of Marin Humane, Shonalie is the Board Treasurer of Hatch Technologies, a nonprofit which helps distribute neonatal medical equipment in Africa. Shonalie began serving as an advisor on the Marin Humane Finance Committee before being elected to the board of directors in 2017. She has a BA degree in Economics from Pomona College.

Shonalie lives in Mill Valley with her husband and two children. They have had five dogs over the past 20 years and have two Marin Humane alum turtles and have long been supporters of animal welfare causes. 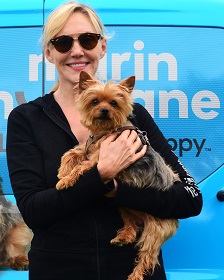 Sandy, a longtime donor to Marin Humane, is a financial advisor to hedge funds and other clients. She has more than 35 years’ experience in the financial sector, having served as Chief Operating Officer and Partner at Seneca Capital Management, as Director of Finance for the San Francisco Newspaper Agency, and as a Senior Audit Manager with Ernst and Young. She earned her BS in Accounting from UC Berkeley.

Sandy served on the boards of the Narada Michael Walden Foundation and Big Brothers Big Sisters of Marin. She lives in Novato with her husband Ray and her Yorkshire Terrier, Lola. 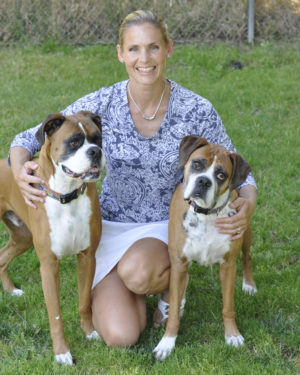 Robin has served in the veterinary profession as a practitioner, hospital director, professional liaison and corporate vice president since 1994. She has focused on animal welfare and advocacy for the last decade, working on legislation and education efforts throughout the state and currently helps lead Marin Humane’s strategic planning efforts. She received her BS with Honors from Cornell University and her DVM from Cornell University School of Veterinary Medicine.

For almost a decade, she was deeply involved in the Novato School District, serving as chair of the 2009 Novato School District Parcel Tax Campaign, PTA president, member of the Budget Advisory Committee and organizer of major district fundraising efforts. In 2018, she chaired the major fundraiser for Saint Ignatius College Preparatory’s Ignatian Guild.

Some of Robin’s many awards include the 2009 North Marin Council Award for Outstanding Service to Novato Schools and 2008 Novato School District Outstanding Volunteer Award. She was a CVNL Heart of Marin nominee for Excellence in Board Leadership.

Robin is passionate about Marin Humane’s goal to end pet homelessness in the Bay Area and is focused on developing best practices and collaboration with other shelters. She shares her home with several humans, two charming pitbulls, an elderly boxer, red-eared slider and several fish. 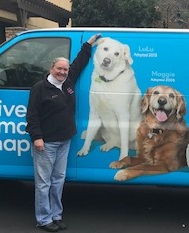 Nancy Baird has had a long career in advertising, marketing, executive search, and account management. She is the owner of Novato-based Creature Comforts, which designs and manufactures wholesale high-end products for pets and their people. It also employs adults with disabilities to assemble products as training to enter the workforce.

Nancy manages the Creature Comforts Foundation, served on the development board of PAWS in Chicago, and as president of the Colgate Club in Chicago. She is a graduate of Colgate University. Nancy lives in Novato with her husband Wyllys and her three adopted dogs. 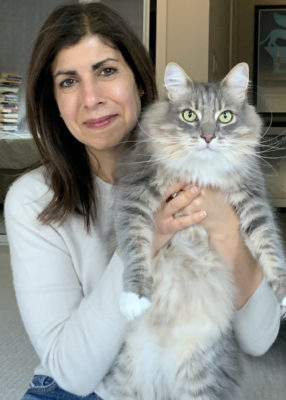 Jackie Broad began her career in finance and planning for major retail and apparel companies including Target, The Gap’s Old Navy division, and Levi Strauss and Company. She later focused her efforts on supporting quality K-12 public education and has extensive nonprofit leadership and development experience. Jackie was an executive board member with Kiddo!, the Mill Valley Schools Community Foundation, for more than 10 years in various roles, including Board Chair. She later joined the Kiddo! staff, managing their Business Partners Program, promotions, and business campaigns. Jackie has also served on the Tam High Foundation Board as their Grants Chair.

Jackie sits on the advisory committee for SchoolsRule-Marin and is a member of Colgate University’s Women’s Leadership Council. She also enjoys working directly with students as a part of the Targeted Learning Lab staff, teaching literacy and math, in the Mill Valley School district. She has an undergraduate degree from Colgate University and an MBA from NYU’s Stern School of Business.

In 2016, Jackie and her family adopted a fluffy, shy kitten with big, green eyes named Quattro from Marin Humane. Quattro has brought much love and joy to their lives. Jackie is very proud to be a part of a wonderful organization that is devoted to making the lives of animals — and humans — happy. 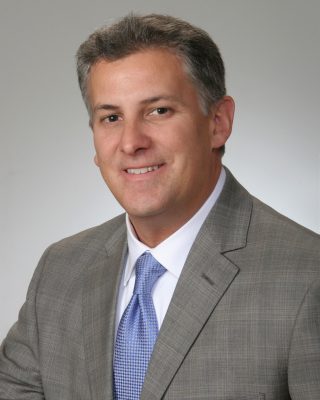 Blake is a CPA and the Vice President of Tax at Williams-Sonoma where he addresses the company’s global tax and accounting for income tax matters.  Blake spent most of his career in public accounting, beginning with Arthur Andersen and then Deloitte, where he specialized in international taxation and accounting for income taxes.  He brings financial and accounting skills to the Marin Humane board.  Blake received a BSBA in Finance from the University of Arizona and a MS in Finance from the University of Illinois at Urbana-Champaign.

Blake is a Corte Madera resident and enjoys sailboat racing, playing ice hockey and riding motorcycles.  He is a Past Master of Mill Valley Masonic Lodge and a Past Commodore of Corinthian Yacht Club. 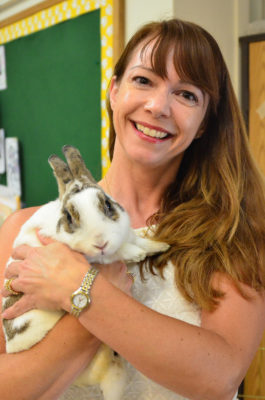 Lisa is a CPA with a local audit practice, specializing in nonprofit organizations. She has served as a panelist on topics such as internal controls, fraud prevention, and audit planning, and is a member of the California Society of CPAs and American Institute of Certified Public Accountants. Prior to becoming a board member, Lisa participated on the Audit Committee as a consultant. She served on the Marin Humane Board of Directors from 2011 through 2019 then rejoined the Board in 2022. Lisa currently serves on the Audit Committee. Past roles include Board Vice Chair, Board Treasurer, Chair of the Audit Committee, and Chair of the Finance Committee.

Lisa and her husband reside in San Rafael with their three cats, Savannah, Leonardo, and Azalea, Melody the rabbit (all Marin Humane alumni), and Rufus the snake. When she is not spending time with her menagerie, she can be found in the dance studio taking hip hop classes. 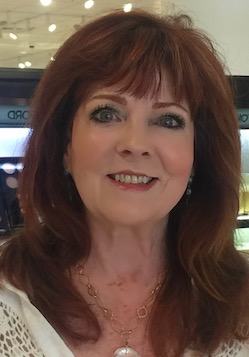 She earned a BS degree in Mass Communications from the University of Wisconsin-Madison and lives in Novato with her husband. They are pet parents to Molly and Dashiell Hammett, both adopted. 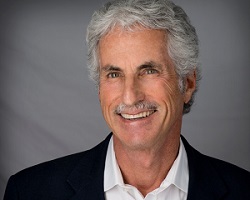 Michael Levine is the CEO of Tastes on the Fly, Inc., a boutique airport restaurant developer and operator with 26 locations in four major airports. He founded Events West, a premier culinary and music event production company. He also owned Faire Foods, a catering company for fairs and festivals statewide.

Michael served on the board of the San Francisco Shakespeare Festival and has been an active supporter of Marin Humane for many years, including adopting several pets. He earned his BA degree in Humanities and Philosophy from UC Berkeley and lives in Greenbrae, while caring for six adopted kitties who live with his former wife in San Anselmo. 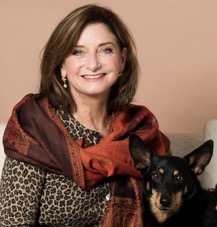 A long-time Sausalito resident, Cheryl is a marketing communications specialist by trade. Her last corporate gig was director of communications for Credit Suisse First Boston. She is now the happy owner of Sausalito Books by the Bay – an independent, community-supported bookstore on the waterfront in Sausalito.

In addition to serving on the Marin Humane board, she chairs the Sausalito-Cascais Sister City program and its youth sailing exchange program between the Sausalito Yacht Club and Clube Naval in Cascais, Portugal. Cheryl is also a founding director and curator for the Sausalito Film Festival. An active member of the Sausalito Woman’s Club, she was the 2011 recipient of the Spirit of Marin award.

A published writer, former radio talk show host, and journalist, Cheryl is a native of the Bay Area and graduate of UC Berkeley. Her Lancashire Heeler, Sparky, is her constant canine companion. 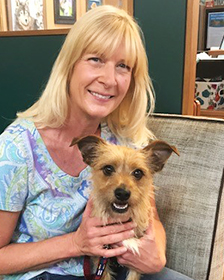 Kim is a corporate attorney and currently serves as deputy corporate secretary, vice president for MUFG Union Bank, N.A. Prior to this role, Kim was a manager and assistant corporate secretary at Bechtel Global Corporation. She spent the first part of her career with Chevron Corporation in various roles including marketing, legal, international sales, chartering and scheduling, logistics and trading, and corporate governance. Kim earned her BS in Management from Tulane University and her JD from South Texas College of Law.

Kim has served in numerous leadership capacities, including 10+ years with the board at Corinthian Yacht Club. She chaired several committees, served as secretary for several years, then became a director and, ultimately, Commodore in 2015. She enjoys a variety of personal activities including yoga, hiking, sailing/boating, stand-up paddle-boarding, skiing, golf, biking, and travel. Kim and her husband, Allyn, live in Peacock Gap with their beloved 3-year-old terrier mix, George (a Marin Humane adoptee!) and 32-year-old blue-and-gold macaw, Kelly. They have also adopted several cats and birds over the years. 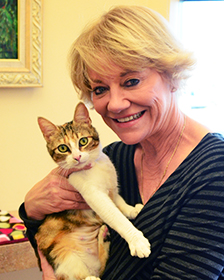 Roxanne is active in many charitable efforts including functions at The Pines in Sausalito, a 1888 Queen Anne Victorian, which she worked to restore from 2003 to 2013. She is a member of several nonprofit boards and an active fundraiser. She previously served on the boards for Polly Klaas Foundation, North Bay Children’s Center, and The Friends of the Sausalito Library. 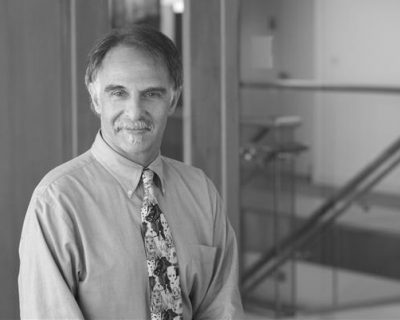 Bruce Wagman is a lawyer with Riley Safer Holmes & Cancila in San Francisco, with an almost exclusive focus on animal law matters, including litigation, legislative drafting and counseling, education, and private consultation.

Bruce has dedicated his career to defending and improving animal lives. He’s the only lawyer in a leading United States firm focusing solely on animal law. Bruce is the author of Animal Law: Cases and Materials, the main casebook for law school courses, and the lead author of A Worldview of Animal Law, the only global survey of animal law. He focuses on using his legal experience and creativity to foster a kinder world for all species.

Bruce has experience in virtually every aspect of the law pertaining to animals. He takes on issues including the use of animals in entertainment, biomedical research, animal agriculture/food production, animal cruelty, and wildlife control. He also has experience in individualized cases involving dog bites, animal custody disputes, and injuries to, and caused by, animals. Bruce’s forte is his passion for each of his cases and his proven ability to turn that passion into winning arguments. He takes an “eyes on the prize” approach to litigation matters, always seeking to avoid trial while working toward a positive result for his clients.

Bruce also is a tireless lecturer and presenter on topics covering all aspects of animal law, and has been teaching animal law at three Bay Area law schools (Berkeley Law/Boalt Hall, UC Hastings, and Stanford Law) since 1996. He earned his BS from Cornell University, his BSN from Columbia University School of Nursing, and his JD from University of California Hastings College of Law. 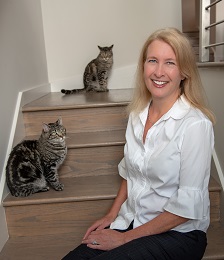 Kathy has had a long career as a management consultant and strategy executive working primarily in healthcare to help a broad range of companies innovate and prosper. In addition to working in corporate strategy for Kaiser Permanente and McKesson, Kathy ran her own consulting firm for a dozen years.

Kathy has been active in school-related activities in Mill Valley, and previously served on the board of the Dolphin Swimming and Boating Club of San Francisco.

Kathy enjoys the great outdoors and numerous sports, especially playing and coaching volleyball. Kathy and her family live in Mill Valley with their two adopted tabbies.