We all have sleepless moments in the wee hours staring at the bedroom ceiling while pondering unanswerable questions. Like – how do bald people list hair color on their driver’s license? Another troubling uncertainty – how do farmers grow seedless fruit?

Here’s a puzzle that makes me re-examine the imperfections on my ceiling: How do judges pick Best in Show at the glitzy dog competitions? How can a judge look at a row of dogs sitting expectantly in the hushed green-carpeted arena – all of them proud specimens that are there because they were judged earlier to be Best in Breed – and say with a clear conscience and unwavering certainty: That One!  Bring Him Out! Or Her!

By the time the finalists have strutted onto that last pampered row, they have all been stroked, prodded, fondled, and cooed over many times and found to conform better than others to the highest standards of their particular breed. But when the big moment arrives, when the judge must choose the Best of the Best – that’s when I get perplexed:

How is a perfect Pomeranian more perfect – or less perfect – than a perfect Collie? Is a perfect Bull Terrier better or less worthy than a perfect Greyhound? Is my perfect Cocker Spaniel better than your perfect Saint Bernard? I think that when it comes to Best in Show, you may have to pluck something out of the air.

I belabor the point – but I reckon a judge’s choice for Best in Show must be the most subjective decision since The Wizard of Oz failed to get a Best Picture nomination in the 1940 Oscars but a movie called Love Affair did (The Wizard of Oz has since become the most watched film in movie history). 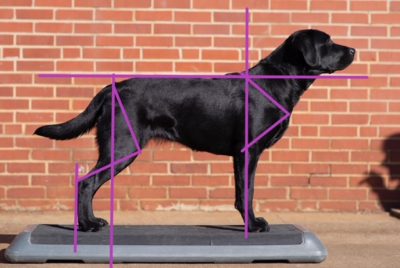 Before the angry letters arrive, let me say that I love dog shows and I appreciate how much care and learning goes into being a judge, how much detail they must master when judging breed conformity and how desperately hard they try to be fair. I think the judges are wonderful! I just don’t understand how they choose Best in Show.

Dog shows are a part of my family story. My grandfather won a series of Best in Show trophies back in the day with his Labrador Retrievers and Boerboels (a large variety of Mastiff) that he bred on his dairy farm. I have two of his silver cups on my bookshelves today.

The old man died long before I was born but I believe I inherited his love of dogs. I was told that he was a taciturn, unflusterable man but dogs got to him even if nothing else did. Family lore is that he isolated himself in his den and grieved for two weeks when his beloved Boerboel Sedan Max died. If my oupa liked dog shows then they are fine with me.

So I was ready when, as a young news reporter in London, my editor told me to write a feature article about the Crufts dog show then taking place in the city. “Try to make it interesting”, he winced.

Crufts is a big deal – the largest show of its kind in the world and people come from everywhere with their precious entrants. It has been held annually since 1891, interrupted only by World War II. Breed standards change down the decades; the international pedigreed dog world watches what happens at Crufts with intense interest and quivering checkbooks. A Crufts title in any category is a canine holy grail.

The 2022 show was held in Birmingham, England, and the Best in Show award went to a six-year-old Flat-Coated Retriever from Oslo, Norway, named Baxer– the third of its breed to win since 1928. The most successful breed in modern times is the Cocker Spaniel which has won seven times.

In addition to the championship show for dogs that conform to best in breed standards, Crufts stages competitions like agility, fly-ball, and a sort of striding-around-the-arena affair called heel work, sometimes done to music. They also put on a big trade show aimed at the multi-billion dollar dog products market. I asked the organizers to let me wander about behind the scenes and to my delighted surprise they agreed.

“A lot of our readers have dogs. Don’t disappoint them. Give ‘em something to smile about,” my editor pointed out, hopefully. I found little at the show that struck me as light-hearted. All was quiet and deadly serious with earnest-looking owners and trainers grooming their dogs on preparation tables and making last-minute tweaks to already immaculate coiffures – a flick of a curl here, a snip of an unruly hair there. A few dogs were sleeping in small cubicles and, in some, little children were cuddled up to them. “Keeps them calm – kids and dogs both”, one owner told me.

Hoping for a suitable quote for my article, I approached a handler fussing away on a tiny dog that was totally hidden in long silky hair down to the table surface. It looked like a shiny hair brush with feet. I asked the handler: “How can you tell which end is the nose and which end is the bum?” With an annoyed look, she stared at me for the longest fraction of a second and snapped: “How did you get in here?”

Not wanting to be thrown out if she complained I assured her that her doggy was certainly lovely whichever way it was facing. I moved away quickly to a table with a bored golden Pekingese. The handler was whispering something to the little guy. I strained to listen but it was a private conversation and the Peke’s utter indifference told me it was not all that interesting anyway. 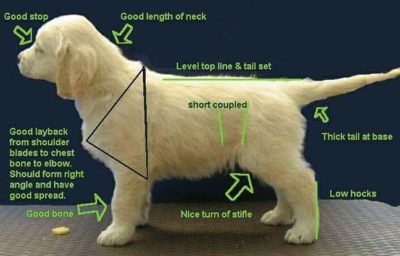 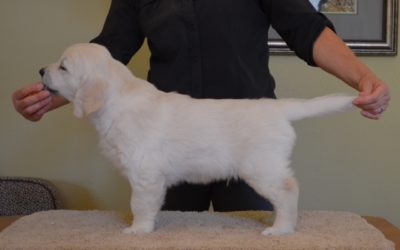 Other tables were more welcoming. On one of them a Fox Terrier stared straight ahead like one of those stuffed toys on my granddaughter’s bed. “I guess you’ll wind him up with a key when he’s called,” I said to the groomer, immediately regretting my dumb remark. She was surprisingly amused by that pathetic joke and I felt she must therefore be rather nervous and would laugh at anything.

The best welcome I received was from a West Highland Terrier. I got a happy yap and a tail wag. The big grin on his round white fuzzy face with its triangular ears told me he was enjoying all the fuss and attention and that life was good. I hoped my little Westie would walk away with all the honors. I never saw him again.

The general atmosphere was calm, determined and very professional I guess – quite unlike what I could expect from my own dogs of uncertain ancestry had they been there. My guys would be mildly obnoxious, provocative, trying to check out those sleeping beauties in their cubicle boxes and hitting on me for treats. It was obvious that the show dogs being readied on their tables for a grand entry into the gladiator circle were immaculately trained, on top of their game and in a familiar place. You had to be impressed.

Out on the arena, the judges and the dog handlers were pretty impressive too. I was told handling was an art, to be studied like ballet and practiced like yoga. The handlers had to learn how to be calm and in gentle but firm control. They had to hold leashes at just the right tension – not too loose but not so tight as to throttle their dog and leave it gasping on the arena floor. They had to master a sort of running walk with their charges. Never trip over your dog, they were warned.

But it’s the judges who deserve the most adulation. In the US, the American Kennel Club is the governing body in conforming dog shows – in which the winning dogs must best meet the ideal breed standards. It was explained to me that dogs were not judged against each other but against the breed standards that were very precise.

To get a license, judges must take exams, attend seminars, act as mentors, and have years of experience as handlers. And, of course be passionate about dog standards.

And then – in the heat and excitement of actual competition – they must remember calmly and confidently, all that they have learned about breeds and be ready to explain their choices to the winners. And to the losers, of course.

It is probably easier to be an astrophysicist or a brain surgeon than a major dog-show judge. At least the space scientist can take a minute to consult a computer to clarify something; a surgeon can whisper something to a colleague. The dog show judge is alone on the green carpet, facing that most ferocious of individuals – the pedigreed pooch person. The judge is at the center of the canine universe, the all-powerful. God bless the Best in Show judge.