Marin Humane supports Assembly Bill 611 to strengthen California’s law to protect animals from sexual abuse. We encourage you to contact your representatives via phone/email by March 19! 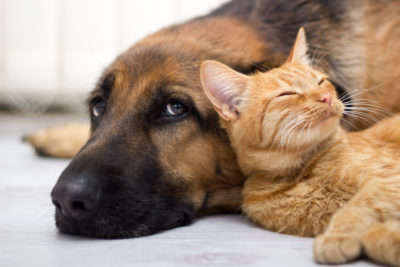 We write to express our support for Assembly Bill 611 to strengthen California’s law to protect animals from sexual abuse.

Animal sexual abuse is more common than we would like to acknowledge in society, and it is often a violent act that frequently precedes child sexual abuse, sexual homicide, and other extreme antisocial behavior. In a study of over 44,000 adult male sex offenders, researchers concluded that animal sexual abuse is the number one risk factor and the strongest predictor of increased risk for sexual abuse of a child. Some studies have found high rates of sexual assault of animals in the backgrounds of serial sexual homicide perpetrators. This is one reason why sexual abuse of animals (referred to as bestiality) and other forms of animal cruelty are now tracked by the FBI as a Group A offense in the National Incident Based Reporting System, in the same category as rape and murder.

Increasingly, perpetrators use various websites to seek out one another where, like women and children, they are trafficked, sold, traded for sex, and frequently used in the pornography industry.

We currently have a law prohibiting animal sexual abuse, which can be applied in some cases. However, the law was drafted more than 40 years ago and its limited language can be an impediment to prosecution in some cases. AB 611 is needed to define animal sexual abuse and to expand the current intent of sexual arousal to acts perpetrated for abuse and financial gain by those who sexually abuse animals in the pornography industry or sex trade.

AB 611 a common sense piece of legislation we support will:

We, the undersigned, respectfully encourage the members of the California Legislature to support the passage of AB 611, which will provide these important upgrades to our animal sexual assault law.